Skip to content
Kim Kardashian West has partnered with SceenShop, an app that finds copies of similar, often cheaper versions of your favourite outfits from social media.

Kim Kardashian West has partnered with SceenShop, an app that finds copies of similar, often cheaper versions of your favourite outfits from social media.

ScreenShop works by scanning users downloaded screenshots of outfits from sites like Instagram and Facebook, along with other websites. The app then finds similar options, broken down by items of clothing, from different stores online.

We heard a lot of buzz about the app, so we decided to try it for ourselves and see what it’s all about. After putting it to the test for ourselves, we’ve found that we can call ourselves fans of ScreenShop!

One of the inspirations behind the creation of the app was to allow users to get celebrity looks for cheap. Celebrities often wear designer clothing, unaffordable to the everyday shopper. But now, thanks to the app, anyone can look like Rihanna for less than designer cost.

We took a screenshot of one of Rihanna’s outfits on her Instagram (@badgalriri) and downloaded it onto the app. Here are the results: 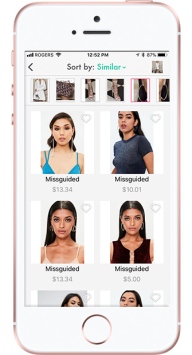 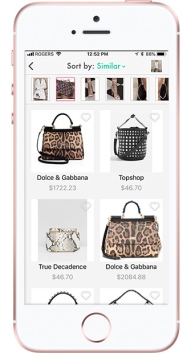 From the earrings down to the shoes, the app was able to offer suggestions of items similar to Rihanna’s. The items recommended ranged in prices from affordable shoes for around $30 to more expensive purses in the thousands. Recommended clothing items were offered from sites like Missguided, boohoo, ASOS, Topshop and more. Overall, there was a wide range of options for users of different budgets, which is a plus in our books.

Overall, we have to give it to Kim Kardashian West for giving us a new way to shop in the growing digital age. Being able to see a fantastic outfit on social media and then using the app to get the look within your budget for yourself is revolutionary in today’s fashion world.

The app is free to download from the App Store for IOS.

Alison Gordon Studio is a stationery business that opened its freelance doors in Autumn 2014. It began with Alison’s love for illustration and passion for graphic design. To many a surprise, Gordon is not Alison’s surname, rather she combined her father’s first name with her own, following his passing in November 2014. Alison’s father is the reason she decided to pursue her dream and she loves to carry his name with her always.